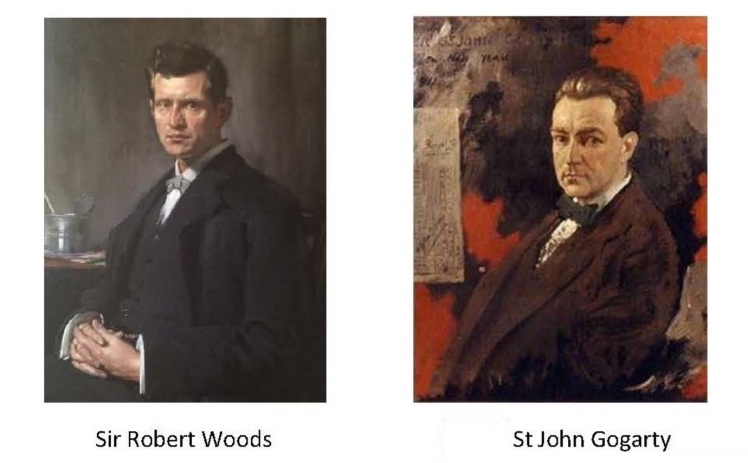 Sir Robert Woods, the first surgeon in Ireland to specialise solely in ENT, had an illustrious career which included presidency of the Royal College of Surgeons and receiving a knighthood. He became politicised during the Great War, being elected a Unionist Member of Parliament, and was involved in Anglo-Irish negotiations during secession. Woods’ protégé, Oliver St John Gogarty, not only established a successful ENT practice, but became a renowned author and poet, and was famous for his flamboyant theatrics in the operating room. He was a staunch Republican and Sinn Féiner who became a Senator in the fledgling Irish Free State.